Homecoming with a Technical Twist: 3 For 3 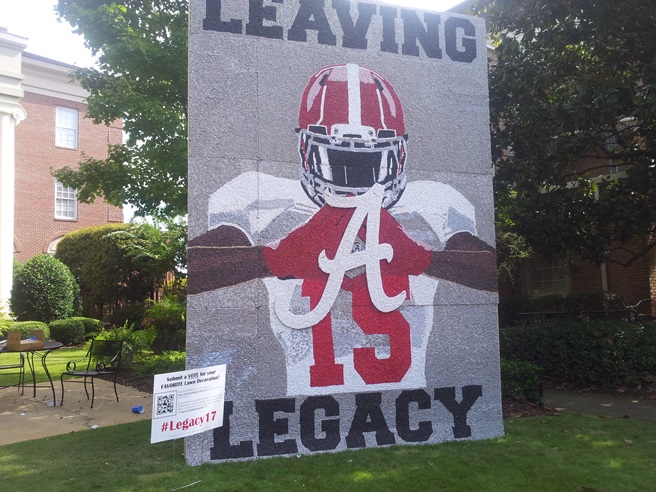 Less than two weeks prior to Homecoming I finalize the events that I would need to make systems. In those two weeks I worked day in and day out trying to get all of these systems ready and begin testing. On the week prior to the events, I worked a minimum of four hours a night for four nights to ensure that this would be ready. In addition to this project, five other projects came up which gave me even less time to work on this. As the week approached, I did the testing at both of the facilities in which the event would be held and coordinated schedules with the individuals over the events. Before I knew it, Wednesday approached and I felt like I was as prepared as I was going to be at that point.

As I approached this day, I felt rather nervous about the event because this was the first time that something like this was done at this event. I planned every aspect of the event including training the judges when they arrived 1 ½ before the event.  As I arrived early, my judges weren’t there and the first thing I thought was Murphy’s Law.

Murphy’s law is an adage or epigram that is typically stated as: “Anything that can go wrong, will go wrong”.

So, I waited and waited and at 5:20 my first judge arrived and at 5:45 my last judge arrived. I literally had to train them 15 minutes before they had to use a system that they had never seen before. As the show starts, the nervousness got worse and the first submission was the only thing that would make it go away. After the first group finished and it was time to submit scores, they all went through without any problems. I was very relieved and we moved right into the next until the show was over. I’m happy to say that there were no errors the entire night and it made a dramatic difference in the time of the contest.

As I went in to work that morning, I received an email that a certain web site (requested by the president of the University) needed to be up by today. So instead of going to my office I had to visit the Office of Information Technology to see if I could get this process rushed. My previous job was in this exact office so I had a good relationship with them and was able to get this done. As I finally got to my office, I looked at the back-end system for the Lawn Decoration Contest and there were already 1,000 submissions. So, I went out to the houses and took pictures of the signs, the people, and the decorations. I was pleased to see people using the QR codes and the information on the signs to go to the Mobile Site to vote. After the completion, the total number of submissions was over 15,000 and the three winners were determined.